By the 1820 Treaty of Doak’s Stand, the Choctaw Nation sold their northwestern lands to the United States, and for the first time the large area of Mississippi in which Yazoo City was to be located was opened to settlement by white and black Americans.

In 1823, the Mississippi legislature created Yazoo County, several times larger than it is today before other counties to the north were carved out of it.

In 1825, by additional terms to the 1820 treaty, a new, young, Choctaw Chief, Greenwood LeFlore, whose mother was Choctaw and father was French, was granted one square mile of land for himself, the exact site of Yazoo City today, even though it was now in the newly-bought American territory.

LeFlore wanted the location as a speculation for future sale. He could see that it was the only sport on the entire length of the continuous Coldwater-Tallahatchie-Yazoo River system, that snaked southward throughout the Delta, where the Yazoo abruptly made a hairpin curve eastward to touch the foot of the bluffs that border the Delta from present-day Memphis down to Vicksburg. It would bed a unique and ideal situation for a year-round steamboad port for shipping cotton to New Orleans, even during the times of high water in the rest of the Delta each spring before the levees existed. And surely cotton would soon be widely grown in the new counties of Central Mississippi to the East.

LeFlore soon sold his land at a profit, and by 1828 it was in the hands of five proprietors in Clinton who began the planning for just such a port.

Like Washington D.C., 30 years previously, the future town on the river, to be named Manchester, was thoroughly surveyed and designed on paper to fit the contour of the site. Its streets were given names they still have today, and the entire town was subdivided into numbered lots, all before a single soul lived there.

After wide advertising in the small newspapers of the day in South Mississippi an neighboring states, the proprietors announced an auction sale of lots in Manchester on February 22, 1830. A chartered steamboat brought potential buyers, docking at the foot of Main Street as a floating hotel; and in the first two days most of the choicest downtown real estate had been sold.

By 1834 all lots had been sold and building was under way along every street: a bank, two hotels, businesses, homes. Steamboats called regularly.

In 1841, to honor its river, so vital to its economy, Manchester’s citizens voted to change its name to Yazoo City.

Yazooans were fervent supporters of the Mexican War, 1846-1848. When the U.S. Secretary of War requested a 1,000-man regiment of volunteers from Mississippi, Yazoo City and County boys, under Captain John Sharp of Benton, then the county seat, formed the 100-man Yazoo Rifles Company. In a contest among 17,000 volunteers in Vicksburg in June, the Yazoo Rifles were selected as Company A of the regiment to be led by Colonel Jefferson Davis, future president of the Confederacy.

They fought bravely in the key battles of Monterrey and Buena Vista, losing many to deaths, both from wounds, but especially from dysentery, due to the bad sanitation of the period.

In 1848, because of its size and the convenience of more central location in Yazoo County, the Mississippi legislature transferred the county seat to Yazoo City. The town continued to grow, with a beautiful new courthouse designed by the same architect who gave Mississippi the Governor’s Mansion in Jackson and the Lyceum at Ole Miss.

Because of its proximity to still swampy areas near the town, Yazoo City’s worst enemy in its early years was yellow fever. There were several epidemics, most notable that of 1853 when scores of its leading citizens were among those dying.

In the first year of the Civil War, 1861, Yazooans felt little danger. Dozens of her young men were away fighting in far off Virginia, and most expected a short war and for things to stay that way. Then suddenly Northern victories in Arkansas, West Tennessee and Corinth, Mississippi, Memphis, New Orleans and Baton Rouge, brought the war to their doorstep as the Yankee fleet steamed up river toward Vicksburg.

During the Vicksburg campaign which lasted until July 4, 1863, and especially afterwards, as Vicksburg remained a Northern citadel, the Yazoo River was completely controlled by the Union fleet, and Yazoo City was temporarily occupied and sacked for provisions six times. Only the last time was there some wanton destruction, and the beautiful courthouse burned. By wars end the town was all but prostrate, and very difficult period of recovery, under an especially despised carpet-bagger sheriff, lasted for 10 years.

But after the 1870’s Yazoo City was back on its feet; cotton production in the area (before the boll weevil!) was booming; the railroad arrived in 1884. Electricity was introduced in 1888, followed by street lights that burned all night unless the moon was shining.

From 1909 to 1919, a city-owned street car system operated on the principal streets – only the second one in the United States as most systems were run by private companies.

The greatest catastrophe to hit Yazoo City since the Civil War struck on an unusually windy May 25, 1904. A little boy playing with matches under his home set fire to it, only a block from the heart of the business district.

In spite of assistance from the Jackson Fire Department, which sped some of it’s equipment up by special train, the fire raged out of control. It destroyed the entire business district and more than 100 residences on adjacent streets. All churches but one were lost. Only the courthouse built in 1872, the new library and the unfinished school beside it, were spared, as there were open ground area around them for protection.

A small number of antebellum homes, uphill from the rear of the courthouse, escaped as did the new homes in the new suburb of Lintonia, across a canal on the town’s north edge. Fortunately not a single life was lost, but Yazoo City was in ruins.

The town was quickly rebuilt on precisely the same sites, and the handsome, homogeneous new brick stores from 1905-1906 lining Main Street today are listed on the National Register of Historic Places.

A second catastrophe soon hit Yazoo City in April 1927 with the great flood of the Mississippi River, which covered the entire Delta with several feet of muddy water. Already the Yazoo was overflowing its banks as its water could not be forced into the swollen Mississippi. But a disastrous levee break just north of Greenville on April 21, then unleashed the Mississippi’s waters to cover county after county as it rushed southward toward Yazoo City and Vicksburg, where it was stopped by their bluffs.

This time, however, the parts of Yazoo City burned by the great fire were mostly on higher ground and spared. The Lintonia suburbs and areas across the railroad to the west, were the sections that suffered this time.

Municipal Board Training
Citizens may self report damages to MEMA that were incurred during the recent inclement winter storm. Use this link.
COVID-19 UPDATES 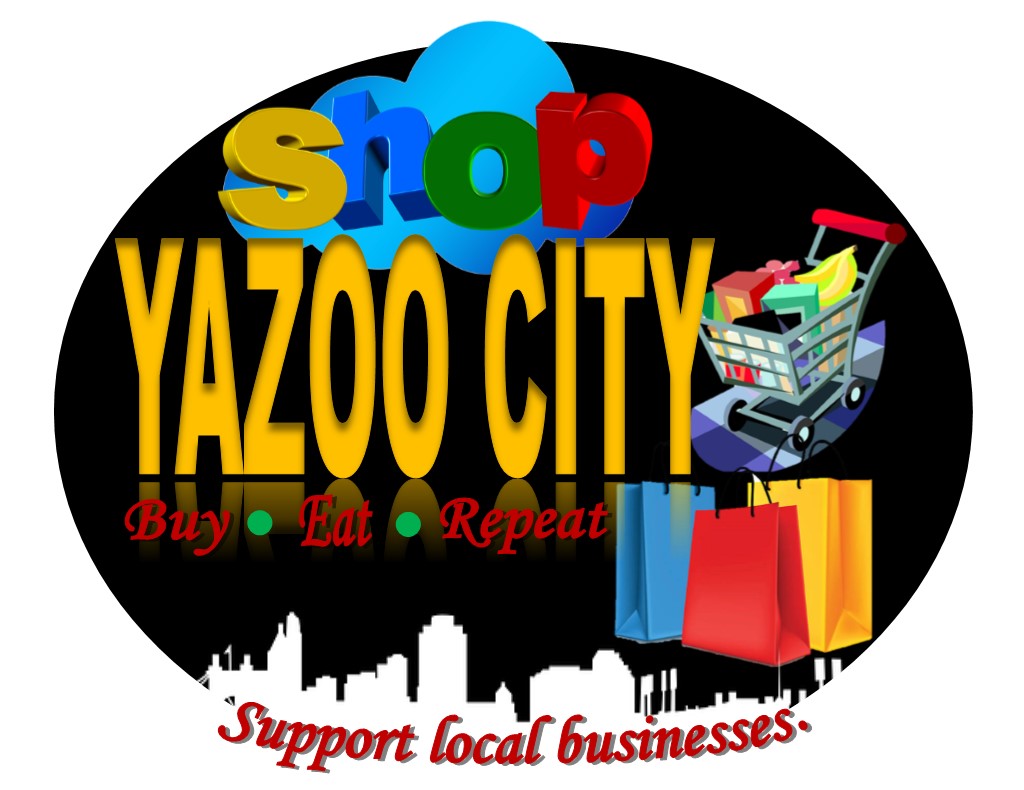 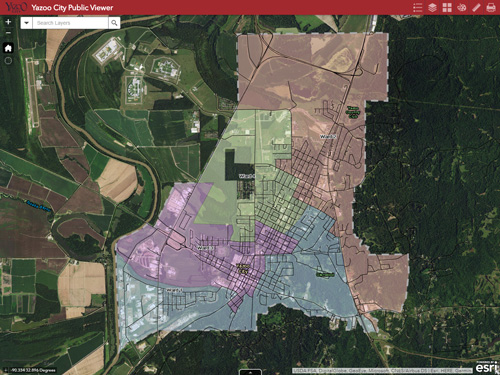